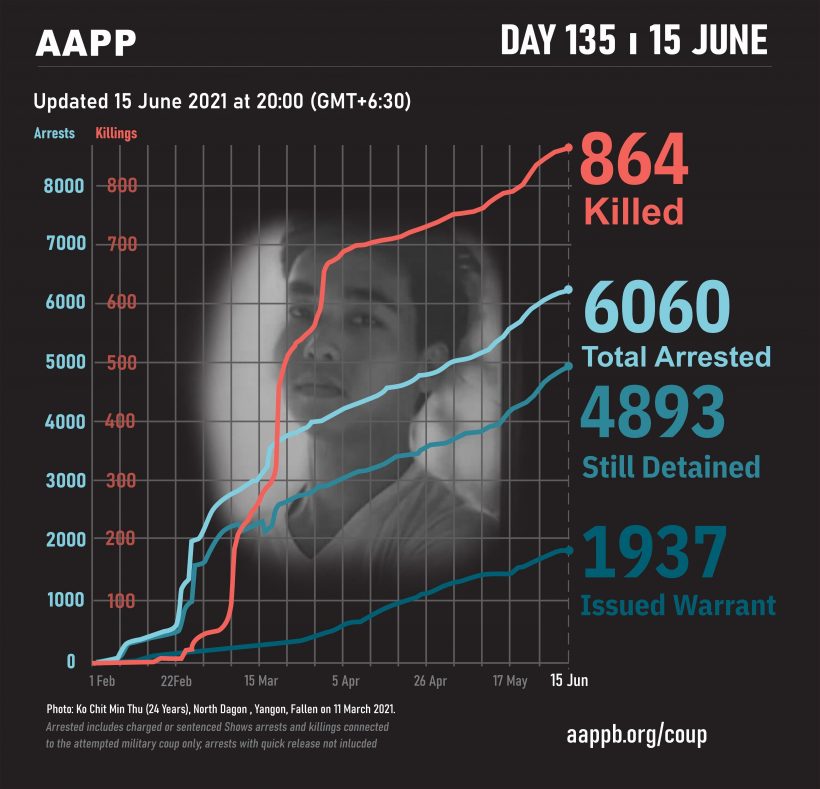 In the evening of June 14, Aung San from Boke Village in Sagaing Region’s Depayin Township was shot dead in the chest when the junta troops opened fire on villages after two daughters of a coup council-appointed village administrator in Kyi Village, Depayin Township were stabbed to death.

The terrorist forces searched for youth protestors to arrest in Patheingyi Township after two police were shot dead in Mandalay Region’s Patheingyi Township. A mother, who is not in good health, elder sister and brother were taken as hostages on June 11 when the junta forces did not find the two brothers who are pro-democracy demonstrators in Patheingyi Township. Lwin Maung Maung, Regional Hluttaw MP for Meiktila Constituency No.1, currently detained in Meiktila Prison, was sentenced to three years imprisonment on May 12 without trial.