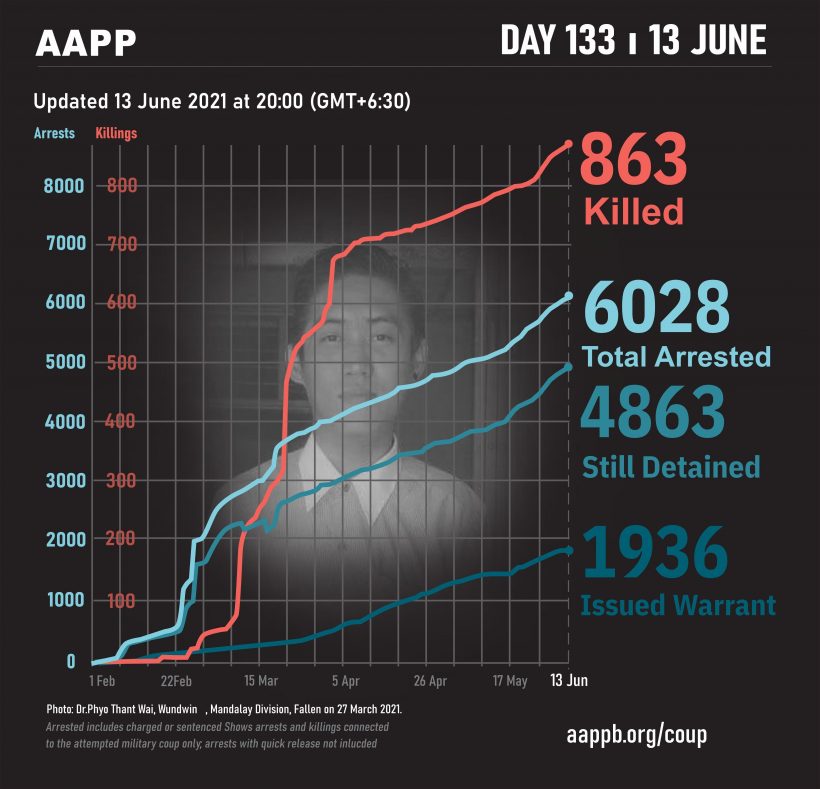 In the morning of June 11, May Lar was shot dead when he was bringing food back to Padan Kho Village from a displaced camp in Demoso Township in Kayah State because they lacked food. Two lawyers from Hpa-an Township in Karen State, who are representing political detainees including Karen State Chief Minister Nan Khin Htwe Myint, were arrested on June 10 at Myawaddy in Karen State. A lawsuit was filed against them under Section 505(a) of the Penal Code at Myawaddy Police Station. In addition to this, Kyaw Myat Min, a political activist, who was charged under Section 505(a) of the Penal Code, was arrested at Hlae Kyaw Kone Village Monastery which is located in Pathein Township in Ayeyarwady Region on the night of June 10.  While the monk was being arrested he was defrocked. Moreover, Aung Ko Min, a disabled man, living in Dawei in Tanintharyi Region, was arrested after leaving his home in a wheelchair on June 11.