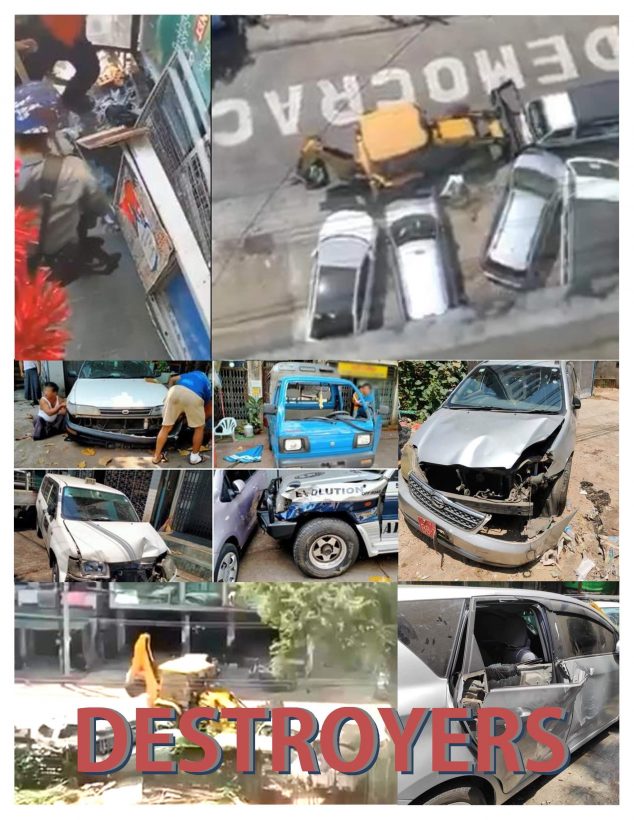 Today, the Assistance Association for Political Prisoners (AAPP) has compiled and documented (12) heroes. Of these (4) were shot dead on the spot in Tamwe and Taketa Townships in Yangon and Bago City, (2) others were shot and detained yesterday night in Hlaing Township, Yangon Region and Pakokku Township, Magway Region. (6) killed on previous days have also been added. (247) people are now confirmed killed by this junta coup. This is the number documented and verified by AAPP, the actual number of casualties is likely much higher. We will continue adding as and when.

In today’s detainee list, we received and documented the names of (15) people. However, more were arrested today, AAPP will continue investigating these and make appropriate announcements when.

Casualties and unprovoked shootings increased today and last night. This evening a youth was shot dead in the head in Kyauk Myaung Ward, Tamwe Township. In Tharkayta Township, one was killed and at least three were injured. In Mandalay City, two men were injured by live ammunition. In Bago City, two were shot to death and two civilians were injured, including one who is in critical condition. This evening and last night (4) men from South Dagon Township and Hlaing Township in Yangon Region, Mogoke Town in Mandalay Region were shot dead on spot. In Pyay Township, Bago Region, one child was injured by a rubber bullet.

In recent days, one youth from Kayangon Ward, Pyay Township in Bago Region, a mother of three children from Pakokku Township in Magway Region, and one youth engineer from Hlaing Township in Yangon Region died while in detention. The refusal of the basic right to medical treatment is a clear indication of this illegitimate military’s inhumanity. Injured people are denied medical treatment and not allowed to meet with relatives, a tactic of dictators to discourage opponents. The mother of the three children who was killed, begged on her knees to not be arrested, she was shot and detained. Today, the junta forces called her husband to take her dead body. When her body returned home, there were many wounds according to a local resident.

Yesterday in North Okkalapa Township, an image spread on social media of a man who was being climbed on his neck and strangled with a rope by the junta forces, it is not confirmed whether he has died. The military and so-called police loot and destroy public and private properties on a daily basis. People are living in fear. People are being intimidated, verbally berated and treated as combatants. Last night in Oakthaphayar Street, Bahan Township, Yangon, the junta forces intimidated residents with guns to hand over strike leaders spraying insulting words on private vehicles. In Station Street, Hlaing Township, the junta forces raided a store and stole liquor and beers. Today in Tamwe Township, almost 80 private vehicles were destroyed using a bulldozer by the junta forces. In Myintha in South Okkalapa Township, the junta forces destroyed a phone shop and looted all valuables. In Ywarbel Ward, Pyay Township, residential houses were destroyed. The junta forces commit these acts in many other regions and states. The destruction of public and private property is defined in sections 426, 427, 428, and 429 of the Penal Code, this illegitimate military regime violates these laws.