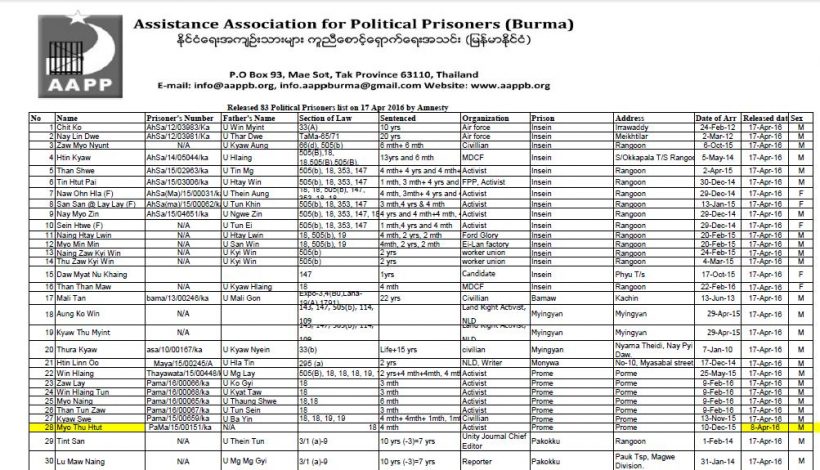 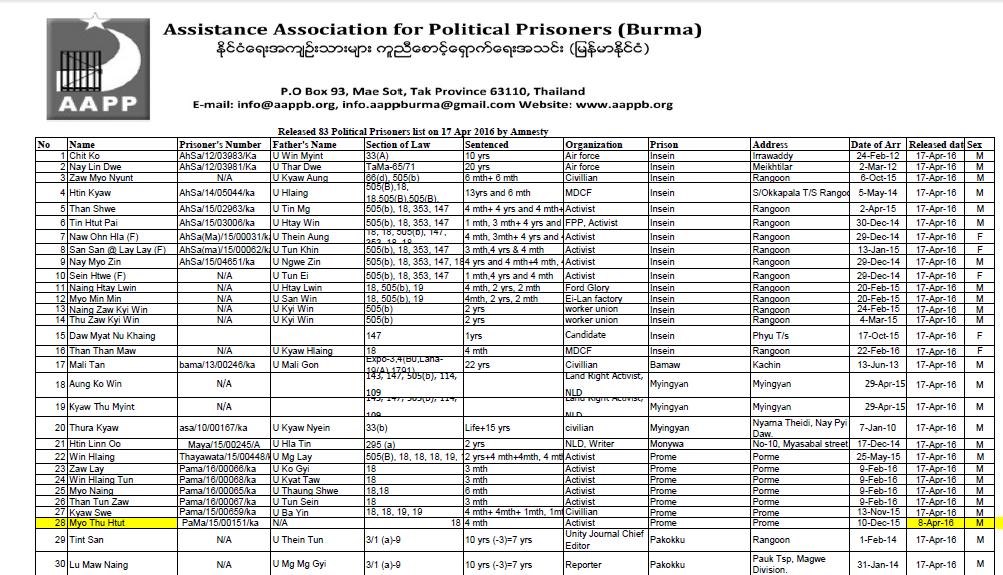 On April 17, 2016 the President announced a pardon of 83 prisoners under 401. (1) of the Code of Criminal Procedure. AAPP is in the process of verifying this list. Included in the list is Myo Thu Htut, who AAPP has documented as being released on April 8. Also on the list are Tin San, Tin Ngwe, and Myint Htay, all of whom have been documented by AAPP as being released in January. In addition, there are 13 prisoners released from Lashio Prison,Myitkyinar, Sipaw,Kawthoung whose identities and charges AAPP cannot yet confirm. Therefore AAPP believes 70 out of 83 are political prisoners as of our record.