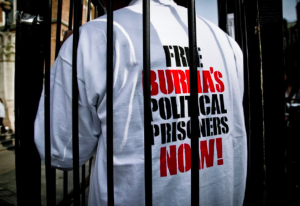 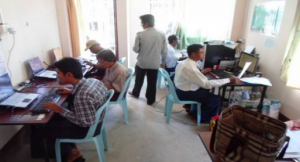 The year 2013 has seen the continuing release of political prisoners from jails across Burma. Throughout the year, 380 political prisoners have been freed under conditional releases. However this year will also be recognized as one that demonstrated ongoing problems within the democratic transition. Many activists who were released faced multiple charges under the same area of law over the year, regularly for carrying out peaceful political activities. Re-arrests of activists have been extremely common over the last 12 months, and the increasing use of Section 18 of The Peaceful Assembly Law has been of particular detriment to political freedom in Burma. There are still ongoing concerns over the situation political prisoners find themselves in upon their release from prison. 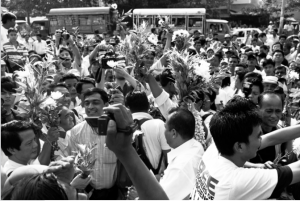 The year 2012 will be remember for the unprecedented number of prominent political prisoners released in Burma. The year began with a major prison release that now represents a watershed moment in the democratic aspirations of Burma. On 13 January, 302 political prisoners were released. The majority included high profile activists such as 88 Generation leaders Min Ko Naing and Ko Ko Gyi, revered ethnic leaders such as U Khun Htun Oo, Democratic Voice of Burma journalist Sithu Zeya and Hla Hla Win, dissident monk U Gambira, and many more. Since January, there have been four prisoner amnesties resulting in the release of 500 political prisoners.Unfortunately, our key demands regarding the conditions under which a political prisoner should be released were not. This includes releasing political prisoners with official recognition of their political status and a complete wiping of their criminal record. The manner in which the releases were conducted undermines the dignity of those released and ensures that repression will follow beyond the prison walls.

The quasi civilian U Thein Sein regime, sworn into power through fundamentally flawed elections, continued to deny the existence of political prisoners. This denial remained official state policy and was iterated at the highest levels of state authority, including by president U Thein Sein. The official dissolution of military power, occurring on 30 March with the first convening of Parliament, did not change Burma’s decades-long tradition of being highly resistant to prison transparency. There is a complete lack of public prison records, and releases or arrests of an individual are rarely announced. Due to the secrecy enshrouding Burma’s prison complex, the number of political prisoners behind bars or in detention centers is believed to be much higher.
There were 2 presidential orders in the year 2011 that released a limited number of political prisoners. Both of the releases, however, fell short of AAPP’s minimum thresholds for an adequate amnesty. Political prisoners were not released with recognition of their political status, some were released conditionally, and with an active criminal record.

As of 31 December 2010, there were 2189 political prisoners in Burma. This is an overall increase of 12 in comparison to last year’s figure of 2,177. In 2010, 53 political prisoners were arrested and 61 were released. The AAPP also received information about activists who were arrested and released before 2010, and this retrospective information explains why there is actually an overall increase of 12 this year.
The use of torture and inhumane treatment of political prisoners continued throughout 2010, with numerous accounts of torture, abuse, prisoners placed in solitary confinement, denied adequate medical treatment and transferred to remote prisons far from their families. The death of two political prisoners, this year, highlights the toll these conditions take on political prisoners and the devastating consequences. Dire prison conditions coupled with the denial of medical treatment led to the death of human rights activist, Ko Kyaw Soe, in May and Buddhist monk, U Naymeinda, in December.

As of 31 December there were a total of 2,177 political prisoners in Burma. This is an overall increase of 15 in comparison to last year’s figure of 2,162. In 2009, 264 political prisoners were arrested and 266 were released. AAPP also received information about activists who were arrested and released before 2009, and this retroactive information explains why there is actually an overall increase of 15 during the course of 2009.

Since the protests in August 2007 leading to September’s Saffron Revolution, a total of 1,167 activists have been arrested and are still in detention.