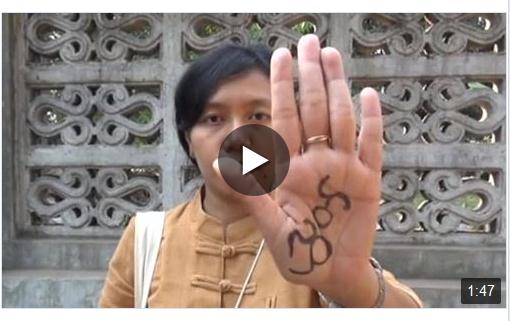 Even though I am free I am not. This was the message the groundbreaking 2010 photography campaign sought to convey to the world. The message that the burgeoning road to freedom in Burma would be forever blocked while political prisoners remained. Freedom is not solely liberation from prison. It is also the need for a free country, a Burma where political freedoms and civil liberties are respected and there no longer exist political prisoners. This photo campaign, initiated by award winning documentary journalist James MacKay and The Assistance Association for Political Prisoners (AAPP), in conjunction with the Democratic Voice of Burma (DVB), demonstrated the solidarity and commitment to each other amongst former and current political prisoners. 160 former prisoners were photographed and the event was debuted at the headquarters of Amnesty International in London in June 2010.