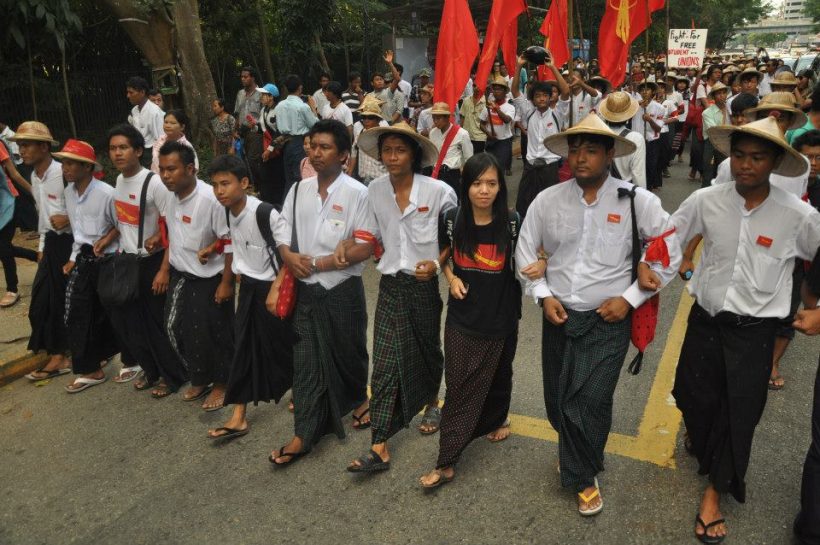 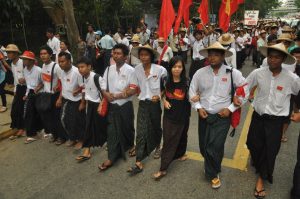 Summary of the current Situation
As of the end of November, 72 political activists remained in prison, while 136 are awaiting trial. With only a month remaining in 2014, the situation faced by political activists, human rights workers, and journalists within Burma continues to be one of repression. This has led many observers, including Aung San Suu Kyi, to the conclusion that the democratization process in Burma has “stalled”. With the long awaited elections approaching in 2015, questions still remain about the current government‟s commitment to a Peaceful and democratic political transition in Burma.

MONTH IN REVIEW
This month, 17 political activists were charged and 7 sentenced, while 8 current political prisoners were released. AAPP also received information regarding one death resulting from police brutality, as well as multiple reports of torture and mistreatment in the country. The body of Aung Kyaw Naing (a.k.a. Par Gyi), who was shot and killed while in army custody last month, was exhumed on November 5. According to eyewitness accounts, his body showed signs of torture; it appeared that he had a broken jaw and that his skull was caved in. After exhumation, his body was moved to Moulmein Hospital where a proper post mortem was undertaken. The autopsy found five bullet wounds: one in the chin, two in his back, one in his thigh and one in his ankle. The Myanmar National Human Rights Commission (MNHRC), which has been tasked with investigating his death, stated that it hoped to deliver a report to the president‟s office before the end of the month, yet no mention of the case has been made since mid November. This month saw the first signs of government action against the ongoing protests over the National Education Bill. Opposition to the bill has been steadily building for several months, yet the authorities, until this month, had allowed demonstrations to be carried out in a peaceful manner. On November 29, six of the student leaders were charged under Section 18, the first of such charges to be brought against the demonstration.
The ongoing denial of the existence of political prisoners by the government was in evidence again this month. State run newsgroup Global New Light of Myanmar published in their November 1 issue the agreed upon list of 27 political prisoners determined by the Committee for Scrutinizing the Remaining Political Prisoners. The article claims that the 27 no longer remain imprisoned for political acts but instead are incarcerated on criminal convictions. However, AAPP and the Former Political Prisoner Society (FPPS) maintain that the 27 are in fact political prisoners and that their ongoing incarceration is arbitrary and unfounded. The first two cases, La Phai Gam and Brang Yung, are indicative; both of them were subject to extreme forms of torture and were convicted based on confessions obtained during their torture. AAPP continues to call for the immediate release of all 27 prisoners. AAPP also mourns the loss of Hla Myo Naung, who passed away November 27. Hla Myo Naung was a leading member of the 88 Generation Student Group and a former political prisoner in Burma. His commitment to the struggle for democracy and freedom in Burma was unfaltering, and he will be sorely missed.
(3 November 2014 – Mizzima) (5 November 2014 – DVB) (6 November 2014 – DVB) (6 November – RFA) (8 November 2014 – DVB) (20 November 2014 – Myanmar Times) (1 November 2014 – Global New Light of Myanmar) (2 November 2014 – Eleven) (28 November 2014 – AAPP)
For more information:
Tate Naing (Secretary): +66 (0) 81 287 8751
Bo Kyi (Joint Secretary):+66 (0) 81 962 8713