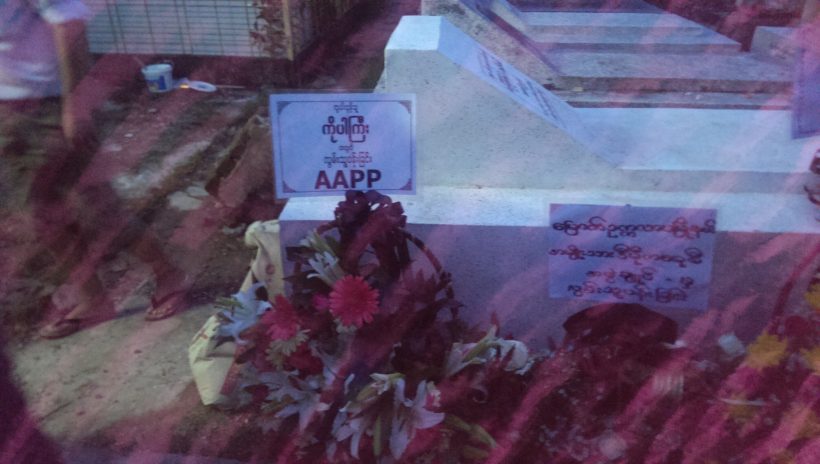 Summary of the current Situation
As of the end of October, 75 political prisoners remain incarcerated in prison, with another 121 awaiting trial. The suppression of media in the country and the use of Section 18 to stifle political dissent remain of paramount concern. The extrajudicial killing of a freelance journalist Aung Kyaw Naing (aka Par Gyi), is particularly troubling as we near the end of 2014. The following is an analysis of media coverage and AAPP information received from Burma, focusing on issues regarding political prisoners and other developments pertaining to civil rights and freedoms in Burma.
MONTH IN REVIEW
In the month of October, eight activists were charged, 26 were sentenced, and 21 released.
Extrajudicial killings, arbitrary detention, and torture have been sharply brought to the forefront of human rights violations that take place in Burma following the deeply unfounded killing of freelance reporter Aung Kyaw Naing (aka Par Gyi) this month while in a military custody in Mon State. After being shot and killed by a government soldier, his body was buried without first being examined or returned to his family. Serious questions have been raised surrounding his death.
In a reminder that such events are not isolated cases in Burma, 120 organizations signed a petition demanding that the government “establish an independent and impartial parliamentary commission with a mandate to investigate the disappearance of Sumlut Roi Ja.” Sumlut Roi Ja, a Kachin woman, was allegedly picked up by the military on October 28, 2011, and has been missing since then. She is presumed dead, yet no explanation has been provided for her disappearance.
This month, the government also demonstrated its continued disregard for media freedom within Burma. The five defendants in the Bi Mon Te Nay Journal case were all sentenced to two years imprisonment under Section 505(b) of the Penal Code, and have had their first appeal rejected without any explanation. In addition, a total of four media groups were forced to shut down in Chin State for failure to register with the state government. These developments came as a bill to create a regulatory council that would oversee the broadcasting of both TV and radio passed quickly through parliament despite the protest of journalists within the country. Than Win Htut, from DVB, stated his surprise at how fast the bill passed, arguing that, “Some points from the broadcast bill put Burma’s future media pluralism at risk.”
A number of forums on human rights issues were also held this month, with broad criticisms being levied against the government. On October 4 and 5, another forum on media freedom was held, this time in Nay Pyi Taw. Participants questioned the independence of the courts in Burma, and also raised concerns about their lack of access to information pertaining to government activities, citing the 1923 State Secrets Act as a key hindrance. Another forum, held from October 14 to 16 in Yangon and titled “Myanmar’s Transition Process: Prospects for 2015 and Beyond”, brought together civil society representatives to discuss a wide range of issues, including legal reform and human rights. Criticism was brought against the judiciary, the 2008 Constitution, laws regarding peaceful protest and assembly, media laws, and the entire ‘democratization’ process in general. Legal expert Kyee Myint summarized the groups frustration: “We need new policies and new leaders – not just people who have changed out of their uniforms.”
(10 October 2014 – Myanmar Times) (24 October 2014 – Irrawaddy) (28 October 2014 – Myanmar Times) (21 October 2014 – Burmanet) (16 October 2014 – Voice Of America) (20 October 2014 – Myanmar Times) (28 October 2014 – DVB)