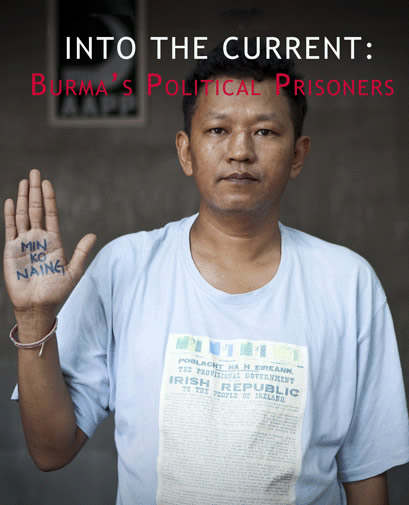 Into The Current – Burma’s Political Prisoners (2012)

Into the Current tells the story of Burma’s unsung heroes – its prisoners of conscience – and the price they pay for speaking truth to power in a military dictatorship. Using footage secretly shot in Burma, the film uncovers the stories and sacrifices of ‘ordinary’ people of exceptional courage, and the leaders who inspire them. Former prisoner Bo Kyi and an underground team work tirelessly and often at great risk on behalf of their 2,100 jailed colleagues. While they and countless others fight on, the dream of a free Burma remains alive.