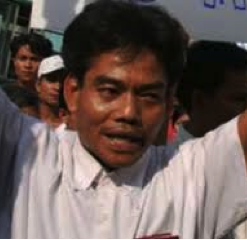 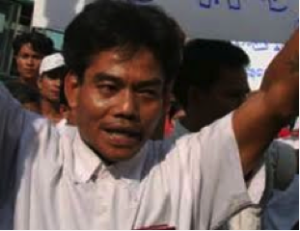 Summary of the current Situation
As of June’s end, there are sixty-five political prisoners incarcerated in Burma, with 102 activists currently awaiting trial for political actions. Notwithstanding the president’s commitment to the release of all political prisoners by the end of 2013, the number of political incarcerations has been steadily increasing since the beginning of 2014, with a net average of six new political prisoners sentenced each month. In light of the 102 prisoners currently awaiting trial, if the current trend continues then Burma is set to see over 100 political prisoners by years end.
MONTH IN REVIEW
Over the course of June, AAPP recorded the arrest of twenty-two activists, the sentencing of thirteen activists, and the release of two political prisoners. The numbers indicate that the government’s trend of incarcerating political activists continues.
In addition to arrests for political activity, this month also saw a number of controversial arrests and indictments. Following the highly publicized raid of Mahasantisukha Monastaery, five monks were arrested and indicted for allegedly committing religious offenses under the Penal Code. However, the prosecution has yet to allege facts that would place the monks in violation of the Penal Code. Instead, it is more plausible that the arrests are a consequence of the ownership disputes between the abbot of the monastery and the State Sangha Committee. Regardless, there have been no specific allegations of the monks engaging in illegal behavior, which lead many to believe the arrests were politically motivated.
In response to continued pressure over politically-influenced incarcerations, the legislature passed an amendment to the Peaceful Assembly and Peaceful Procession Act. Permission is still required to conduct a peaceful procession or assembly; however, the word “consent” shall be used in place of permission. The amendments to the law have removed sections and headers regarding the “denial” of a request to peacefully assemble. By removing sections regarding denial, the authorities are removing the sections pertaining to the right of the individual to receive notification of the denial and the sections regarding how to appeal a denial. The maximum sentences for individuals found guilty of conducting a peaceful assembly or procession without consent (Section 18), of disturbing or harming the attendees of a peaceful assembly or procession conducted in accordance with official consent (Section 17), or of violating the rules listed in Sections 8e, 10, 11, and 12, have been reduced by half their original periods.
(25 June 2014 – Burmese Parliament/Burmese) (25 June – Irrawaddy)  (26 June 2014 – Andolu) (13 June 2014 – Irrawaddy) (16 June 2014- RFA)