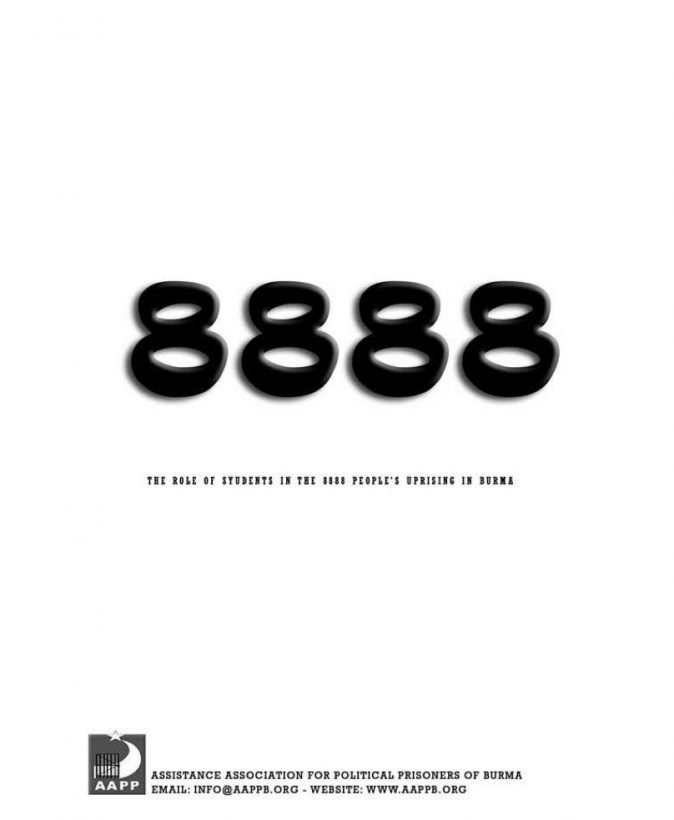 Twenty three years ago today, on 8 August 1988, hundreds of thousands of people flooded the streets of Burma demanding an end to the suffocating military rule which had isolated and bankrupted the country since 1962. Their united cries for a transition to democracy shook the core of the country, bringing Burma to a crippling halt. Hope radiated throughout the country. Teashop owners replaced their store signs with signs of protest, dock workers left behind jobs to join the swelling crowds, and even some soldiers were reported to have been so moved by the demonstrations to lay down their arms and join the protestors. There was so much promise.

Download: The Role of Students in the 8888 Peoples Uprising in Burma (680kb)