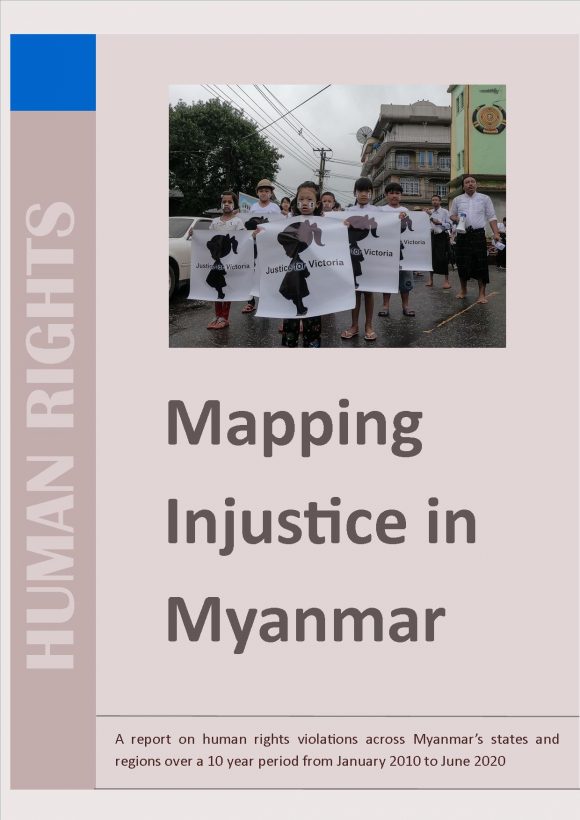 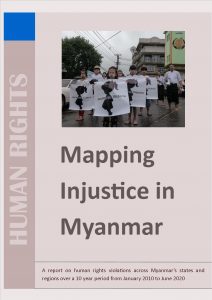 This report is based on field research by AAPP and its partners, domestic and foreign research papers, media reports, and extensive documentation of human rights abuses from January 2010 to July 2020 by partner organizations. In this report, over 10,000 actions are reviewed and described through categories. Though we know there are many more violations which go unreported. Due to time constraints, this report may not be as comprehensive but it seeks to cover key issues.

At present, the major human rights abuses in Myanmar are killings, torture, forced labor, forced armed recruitment, use of child soldiers, displacement, restrictions on religious beliefs, restrictions on freedom of assembly, speech, and expression.  It summarizes and identifies human rights abuses by year and presented by the respective states, regions and townships.

This report recognizes the human rights abuses in Myanmar during the transition period and is an effort to work together to improve and document human rights efforts domestically and internationally.

In conclusion, Myanmar has been building a democratic and human rights state since 2010 but it is desperately needed for the state to recognize these human rights abuses by any government which claims legitimate power. Therefore, the purpose of this report is to provide a systematic analysis of how to deal with incidents in the future, fair trials, and to give justice to victims and their families.

As a result of this report, relevant government authorities, parliamentarians, armed groups,  the Myanmar National Human Rights Commission (MNHRC) and civil society organizations can be aware of basic human rights abuses in Myanmar, and further recommendations to examine the situation on the ground to reduce the impact of these violations in order to bring justice to the affected people.

These recommendations are based on consensus between various civil society organizations and suggestions on how to improve the role of political parties, the role of parliament representatives, and the involvement of civil society in ensuring accountability of government agencies and justice.■