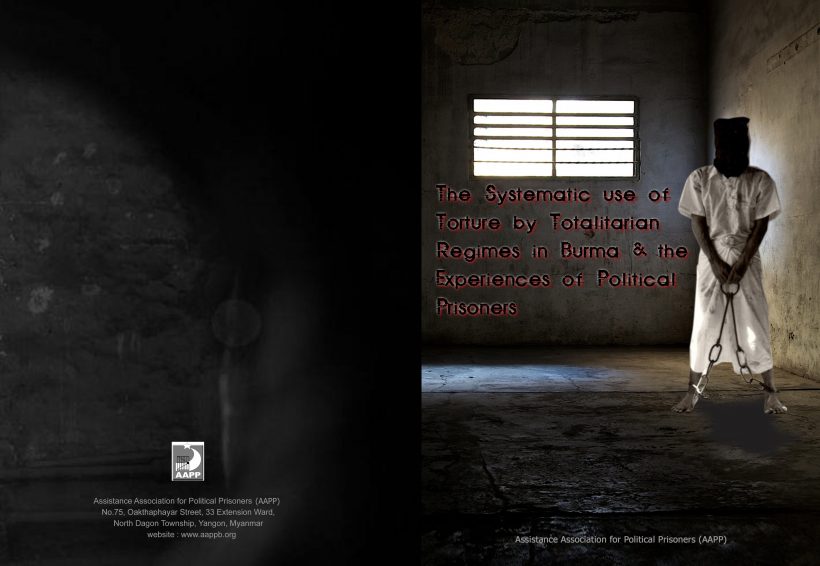 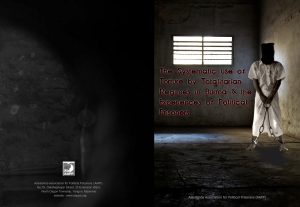 Acknowledgements
This research project was made possible with the generous funding and support of the Embassy of the Czech Republic in Rangoon, Burma. We extend our thanks to the research team involve with conducting interviews, collecting and analysis
the data, translating from Burmese to English and writing the report.

The eventual aim is for AAPP to collect and document the experiences of every single former political prisoner so that their experiences and sacrifices in the name of democracy are recorded and preserved for future generations. While most of the
accounts featured took place after 1988-90, many happened after and during the Saffron revolution and some even later until 2012. These interviews are designed to detail the torture, abuse inflicted upon political prisoners whilst in interrogation
centers and prisons in Burma, in order to detail and document the severer physical and psychological effects of torture. All of those interviewed where interrogated before being sentenced and sent to one of Burma’s 47 prisons across the country,
where overcrowding is rife, abuse the norm and conditions poor.

This report documents difference types of torture and details its systematic nature in prisons and in interrogation centers across Burma. It goes into detail about techniques of torture that were used, how torture was used as a tool to oppress political dissidents, different experiences of political prisoner faced and Assistance Association for Political Prisoners(Burma) (7)
The Systematic use of Torture by Totalitarian Regimes in Burma & the Experiences of Political Prisoners their long-term challenges. Recommendations are given at the end of the report. Despite the fact that this torture happened years ago and all of those interviewed have been released, torture and human rights violations inside prisons are still occurring today. Torture and abuse in detention is not only an issue for Burma’s past, it is an issue for its present and if action is not taken its future. Torture
remains widespread. Action needs to be taken to stop these experiences being repeated again and again.