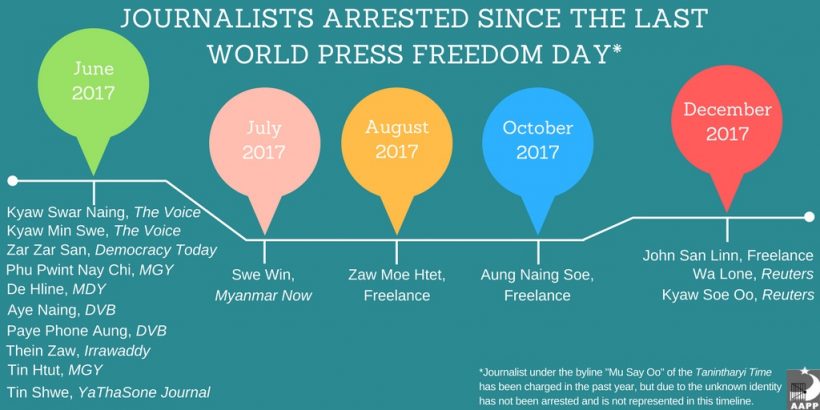 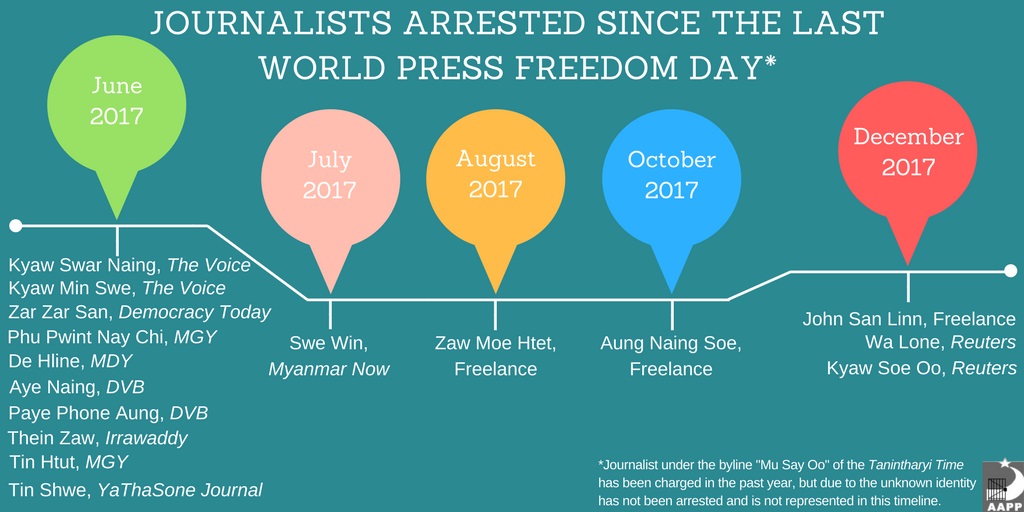 Date: 3 May 2018
On the 25th anniversary of World Press Freedom Day, AAPP is increasingly concerned about the curtailment of civil and political rights alongside declining press freedoms in Burma. Throughout the last year, journalists have continued to be harassed, attacked, and detained arbitrarily. Since the last World Press Freedom Day, we have seen the detention and incarceration of Reuters journalists Wa Lone and Kyaw Saw Oo, the arbitrary detention of Aung Naing So, and the detention of Swe Win.
Both the media and political activists are an integral part of democracy and play vital roles in society. When their civil and political rights are cracked down upon, the whole of society suffers. If there are not people speaking truth to power and demanding accountability from those in charge, impunity and inequality will reign uninhibited.
Today, there are 13 political prisoners remaining in prisons across the country, many of whom have been in jail for years. They, along with the 74 persons detained and awaiting trial from jail, and 120 awaiting trial from home, for political activity must not be forgotten.
On this important day, AAPP remembers the sacrifices that journalists and political activists have made in the search for truth. AAPP calls on the Government to respect the fundamental tenants of press freedom, to release all political prisoners, and to offer its support for victims of curtailments of press freedoms by the Burmese State.
AAPP