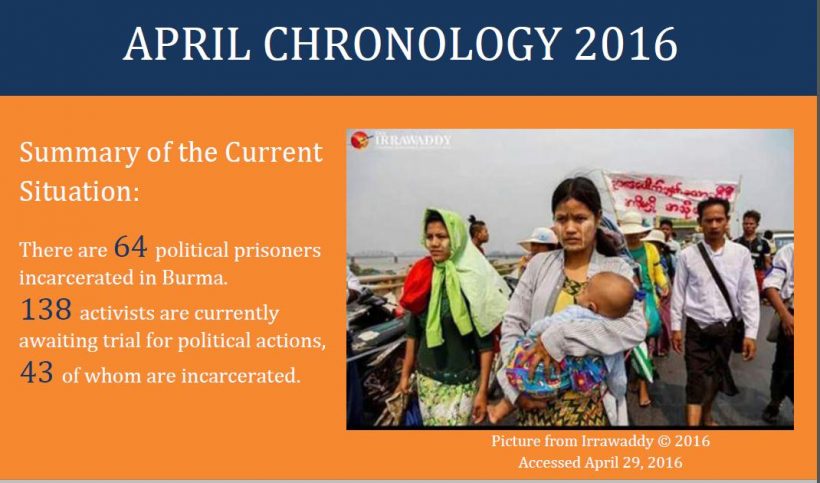 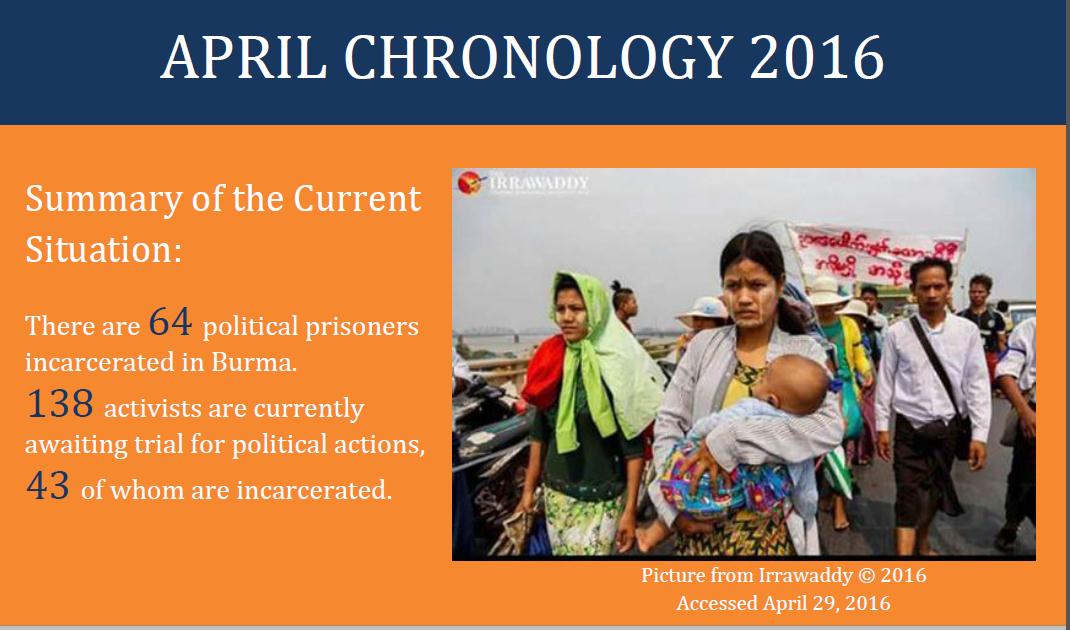 The new NLD government led by President Htin Kyaw took office on April 1. On April 6 the new government created the role of State Counselor, assumed by Aung San Suu Kyi. Her first act was to release a statement on April 7 announcing the government’s intention to release political prisoners, political activists, students and supporters who are facing trial because of their political activities, as a first priority. A series of releases of political prisoners followed this announcement.

Despite the amnesties this month, courts in Burma continued to hand down sentences under Section 17 of the Unlawful Association Act. A total of 13 Arakanese youth were sentenced this month for alleged Arakan Army (AA) connections, while three of them were released as part of the presidential amnesty on April 17. They received sentences ranging from three to five years.

Also sentenced under the Unlawful Association Act this month were the interfaith activists, Zaw Zaw Latt and Pwint Phyu Latt, who received an additional two years in prison with labor on top of their existing 2 year sentence.

Contrary to the expectations of the international community, U Gambira, one of the leaders of the 2007 Saffron Revolution, received a sentence of six months’ imprisonment with hard labor. He was charged under Section 13. (1) of the Immigration (Emergency Provisions) Act for illegally crossing the border to Thailand where he intended to receive medical treatment for his mental health problems related to his former imprisonment and torture. Human rights groups such as Amnesty International and Human Rights Watch called the sentencing politically motivated