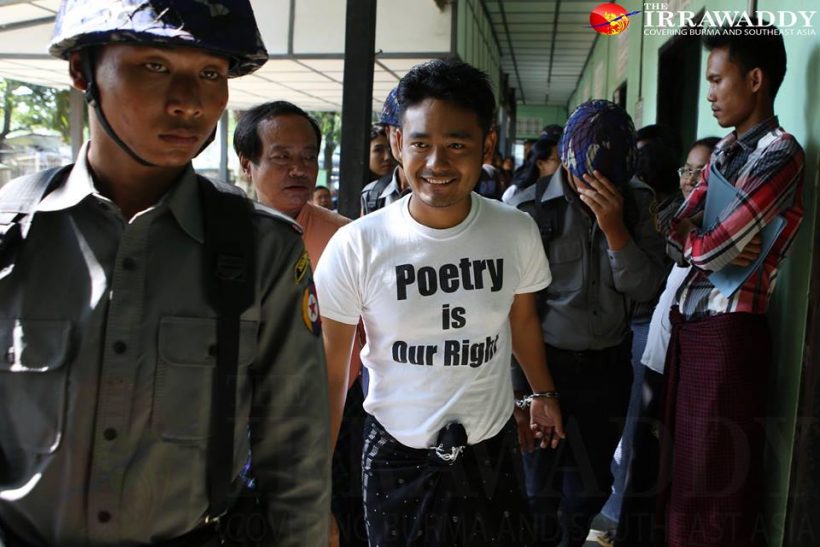 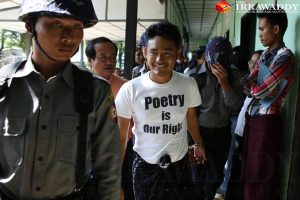 Month In Review
This month, four political activists were arrested in total, seven individuals were sentenced, and six were released. Nineteen political prisoners are reported to be in bad health. One month after the historic elections in Burma, people continue to be arrested for taking political action and for claiming their rights.
December marked the first time a political activist was sentenced for allegedly having defamed the military via a Facebook post.
Chaw Sandi Tun has been sentenced to six months imprisonment. Others still face trial for similar accusations.
On December 4, the Myanmar National Human Rights Commission (MNHRC) held a conference about its work
regarding prisoners and the conditions of prisons in Burma. A few days later, in celebration of the International Human Rights Day on December 10, they listed their 2015 activities including calling for an improvement of Thayawaddy Prison and mentioning their support for the student protesters detained there.
Student protesters detained in March at Letpadan continue to be denied bail this month despite many being hospitalized for injuries sustained during the crackdown and their nine months in prison. Many of the students sent to hospital required further medical care, despite this they were sent back to prison.
Also on International Human Rights Day, public gatherings for the occasion were blocked by authorities, pressuring those who organized the events not to stage them.
Another celebration took place this month, in the comfortless setting of Insein Prison. Maung Saung Kha, the so-called penis poet who had been charged additionally this month under Section 505 (b) of the Penal Code, celebrated his 24th birthday in Insein Prison.
The restrictions on and criminal procedures against farmers who demanded the return of their seized lands became evident from the case of 12 farmers who had been charged with trespassing and vandalism, allegedly committed when holding a protest against land grabbing in Shan State last year. Furthermore, famous land rights activist Su Su Nway, who is the chairperson of the Myanmar Peasants Union and a former NLD member, was
arrested this month for a protest that occurred one and a half years ago and now faces charges under Section 18 of the Peaceful Assembly and Procession Act.
Among this month’s arrests was 20 year old Nan Lin who had been evading arrest since July 1 for protesting against the enduring 25 percent of parliamentary seats held by the military.
He faces charges under the popular Section 18 of the Peaceful Assembly and Peaceful Procession Act and under Section 505 (b) of the Penal Code, together with fellow student protesters Zayar Lwin and Paing Ye Thu.
The release of three ‘Graffiti Students’, who had served their sentences for spraying graffiti anti-government slogans on the grounds of their university was welcome news. However, another student, Ye Yint Paing Hmu, was arrested and charged this month for committing the same offense, after having evaded arrest since June.
Brang Yung, a 25 year old man from Kachin state, was released from prison with a two month delay, after having spent three years in detention wrongfully accused of being a high-level member of the Kachin Independence Army (KIA). On June 5 and 6, when being held in custody, he and his fellow detainee Laphai Gam were brutally tortured by the Military Affairs Security (MAS) agency into a confession. The delay of Brang Yung’s release was reportedly caused by a clerical error in court filings.