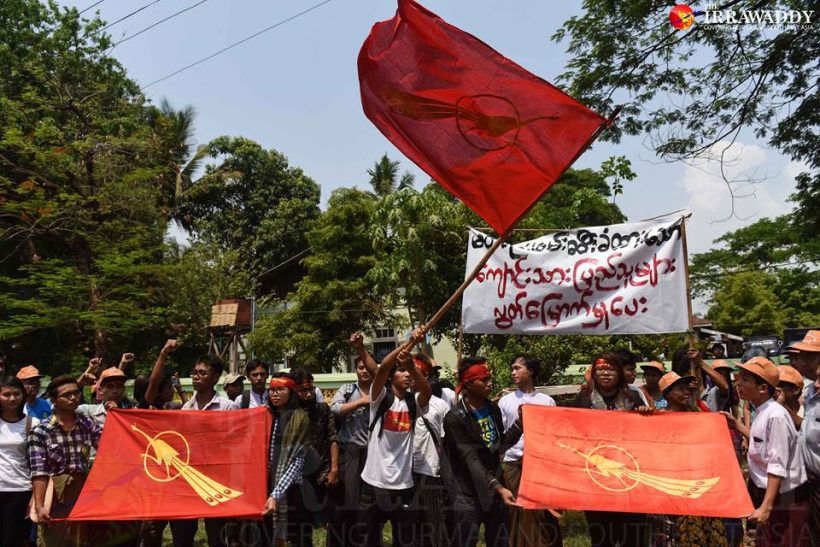 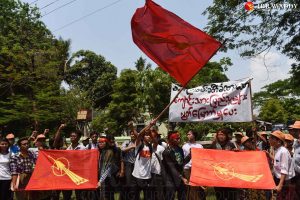 Summary of the current Situation
As of the end of April, there are 157 political prisoners incarcerated in Burma, with 453 activists currently awaiting trial for political actions. The government continues to violate the rights of its citizens, silencing its critics and prosecuting its opposition, thus preventing them from exercising their fundamental rights.
MONTH IN REVIEW
This month, 62 political activists were charged in total, five of which were arrested. Sixteen were sentenced, and seven were released. The health situation of three of the political prisoners – Than Swe, Wanna Soe and Aung Chan Min – is cause for concern.

The aftermath of the violent crackdown of the student protests in Letpadan in March was strongly felt throughout the country this month, and the incident itself has continued to receive widespread condemnation from the international community. Following the protests against the National Education Law, an amendment bill was drafted between student groups and government officials, which was approved by the lower house of Parliament on April 7, 2015. However, key student demands were omitted in the final draft of the bill, whilst several clauses were significantly amended from those agreed upon during the negotiations. The lower house passed only 50 out of the 131 clauses discussed without modification.

Meanwhile, on April 10, demonstrations were held in Mandalay and Pegu Division to mark one month since the Letpadan crackdown. Family members of the students still detained after the crackdown and their supporters joined the peaceful demonstrations to call for the release of the 70 students that remain in detention.
Although there has been no formal announcement, it was reported at the beginning of this month that the government instructed the Prisoners of Conscience Affairs Committee to change its name once again. Despite this, the membership remains unchanged and key members of the previous committee who regularly criticized the government’s handling of the political prisoner issue continue to be excluded. Whilst the government continues to make changes to the committee, the political prisoner issue remains unaddressed. Bo Kyi, joint secretary of AAPP, has accused the government of a lack of interest in the issue, and has questioned the Deputy Home Affairs Minister’s legitimacy to chair a political prisoner committee whilst his ministry is arresting student protesters and activists.