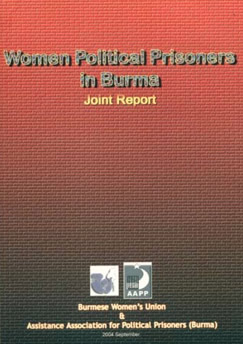 In the history of Burmese politics – during the colonial and post-independence eras, under Ne Win’s Burmese Socialist Program Party, and now under the current military regime – there has been no political movement in which women were not involved. Although Burmese society holds that politics is the realm of men, many women bravely and valiantly challenge that tradition and take part in the political journey alongside men. This can clearly be seen throughout Burma’s history.

The regime in Burma sponsored a general election in 1990. Of 2296 candidates, 84 women ran for election. Although the percentage of female candidates was low, we must honor the political energy of women striving to become political players under the rule of a regime that cruelly cracks down on all activists. 15 women won seats in parliament in the election. They all have boldly faced imprisonment and different kinds of oppression on their family lives. The regime has refused to transfer power to the people’s elected representatives. Now, four of those 15 women have passed away.

In the current political movement, there are many female activists working with their own consciousness and commitment, together with male activists, to struggle against the regime’s repression and to restore democracy in Burma.