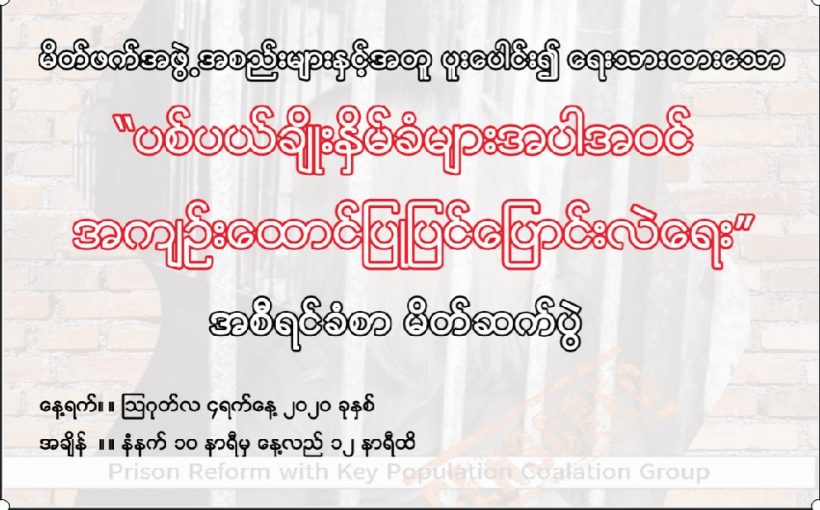 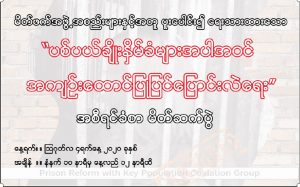 After nearly half a century of oppressive regimes, the start of democratic transition there has been an endeavor to change the existing standards of institutions and systems to those compatible with basic democratic principles.

During this process, major friction seems to be found in the legislation made by and developed under the oppressive military regimes and deeply-rooted practices of the bureaucratic system enforcing such legislation. Although prisons are significant institutions of the State security sector, they have not been the interest of the general public and most of the players of the democratic transition. This has led to the exclusion of prisons as a separate institution from democratic transition and the continued ongoing human rights violations inside prisons.

In the prisons throughout Myanmar, the number of the prisoners charged through an undemocratic judicial process has continued despite the move to democratic governance. For comprehensive and prison reform, we need to understand current conditions inside prisons, to inform and shape the process of prison reform.

This report was developed through interviews with key populations including the drug users, vulnerable and marginalized groups of people in normal social life which comprise sex workers, persons with disabilities (PWD) and LGBTI about the conditions they faced in jails as convicted or unconvinced prisoners.