After the Elections, What Next for Burma’s Political Prisoners? (12/2015) 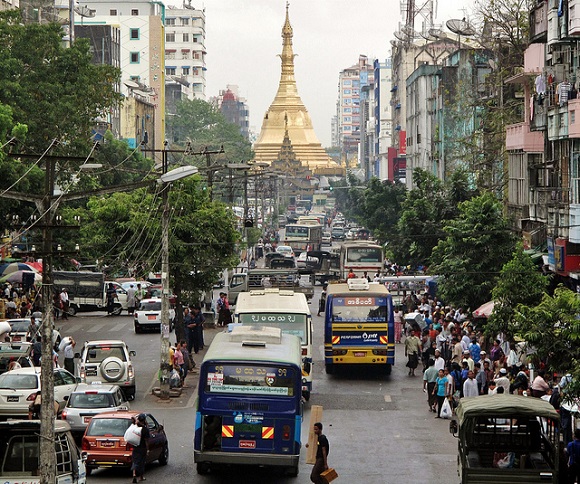 December 2 2015: Last month’s elections have been heralded as a victory for peaceful political change in Myanmar. Now the President must make good on his promise to increase political freedoms, say Aileen Thomson and Bo Kyi. 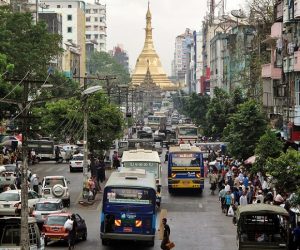 Downtown Yangon. The peaceful transition of power after the November elections has been heralded as a turning point in Myanmar’s history, but activists say that it remains dangerous to speak openly about political reform. Image credit: Franciso Anzola.

Myanmar’s recent elections are a truly historic moment for the country. While elections are only one step on the path toward democracy, the people of Myanmar were able for the first time in decades to freely express their desire for change and their repudiation of military rule based on fear, divisions and hate.

It is worth pausing to remember the courage and sacrifice that led to this day and stand up for those who are currently imprisoned for expressing their opinions and seeking other democratic reforms. Behind the ongoing transition to democracy are thousands of activists, monks and others who have sacrificed their freedom, health, education, family life, careers, citizenship and, all too often, their lives, so that one day the people could freely elect a government, so that farmers may safely make a living off the land, and so that children and youth may have access to quality education.

The paraphernalia of the National League for Democracy (NLD) blanketed the country in red during the election campaign, and many observers commented that such a display of support for Aung San Suu Kyi and her party would have been unthinkable five years ago. Yet while the NLD is no longer banned and wearing its logo is no longer cause for arrest, all is not safe for political activists.

There are still dozens of activists on trial or serving prison sentences for peacefully fighting for the same ideals of democracy, education and equality. Wearing a t-shirt will no longer get you arrested, but sharing a photo on Facebook may.

President Thein Sein has earned praise for his acceptance of the election results and his expressed commitment to work with the NLD on national reconciliation. To put this commitment into practice and demonstrate that there is no longer any repression of those seeking democracy and human rights, he must complete the reforms he started when he first ordered the release of political prisoners shortly after taking office and keep the promise he made in December 2013 to the country and the international community to free political prisoners by the end of the year. This would mean that all those in detention for exercising their rights to free speech and peaceful assembly must be released immediately, and charges dropped against those facing trial for such activities.

After these historic elections, an official acknowledgement of the sacrifices and contributions of former and current political prisoners, as well as of the harms inflicted during their detention, would go a long way towards building further trust in the transition and a more inclusive society. It would be an essential step towards national reconciliation and would open the door for participation by the full breadth of the democracy movement.