Letter of Condolence for the Passing of U Win Tin (2014) 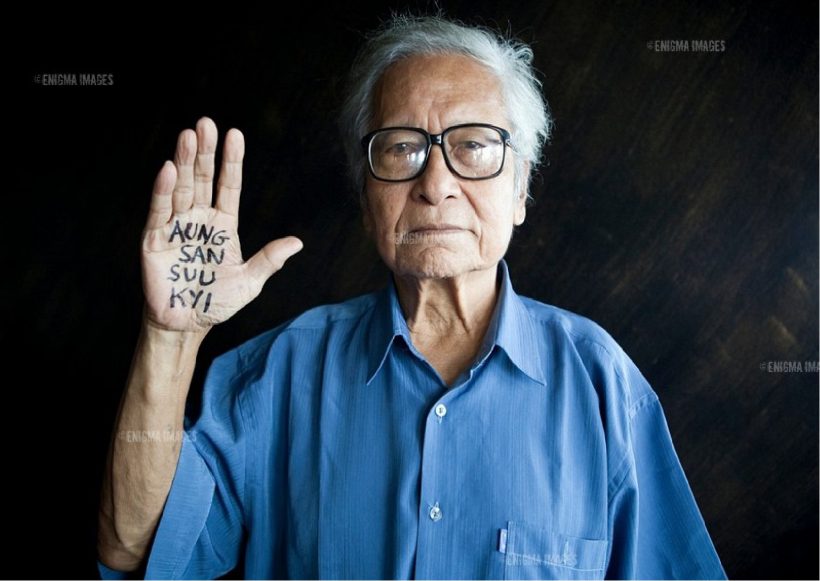 We, the Assistance Association for Political Prisoners (Burma), wish to express our sorrow on hearing of the death of Hanthawaddy U Win Tin, aged 85, on 21 April 2014. We would like to convey to his family and his loved ones our deepest sympathies.

The death of Sayargyi U Win Tin is such a great loss to our country.

He wrote many articles, stories and critiques in areas such as art, literature, music, translations and diaries of travel. Whilst working both as a journalist and as an editor he would write consistently about politics and human rights, creating the motto “oppose as a duty to those any order which is not agreed by people”

On 4 July 1989 he was arrested and imprisoned by the military junta while he was serving as Secretary (1) of the National League for Democracy. U Win Tin had been accused of having telephone contact with Ko Soe Thein’s father, Ko Soe Thein having been a member of NLD’s Youth, escaping arrest in October 1988. After that, U Win Tin was sentenced to three years imprisonment. While he was in Insein Prison, he was accused of controlling and organizaing NLD activities from behind bars, and eleven years imprisonment were added to his prison term.

He was later accused of writing a letter to the United Nations Secretary General. The letter, published in Rangoon University Diamond Jubilee Magazine, Tway Thit Mhine Magazine and News Record saw him sentenced to a further seven years imprisonment.

When arguing this case, U Win Tin stated “I did what I believed in and there is no untrue thing said, and human rights violation, torture etc are true facts. The complainant can’t provide any evidence to prove what I wrote was wrong. So all the information I presented is the truth, so I declare that I am not guilty.”

Sayargyi U Win Tin was held in prison for over nineteen years and he was released on 23 September 2008. Following his release, he took responsibility as patron of the National League for Democracy, and he emphasized a focus on democracy and national reconciliation. He also established an organization called “U Win Tin’s Foundation” to support and assist former political prisoners and writers.

All of us at the Assistance Association for Political Prisoners (Burma) honorably remember Sayargyi Hanthawaddy U Win Tin’s endeavors to eradicate the military junta, and to bring human rights, democracy and national reconciliation to Burma.