ABSDF (1997) Pleading Not Guilty in Insein 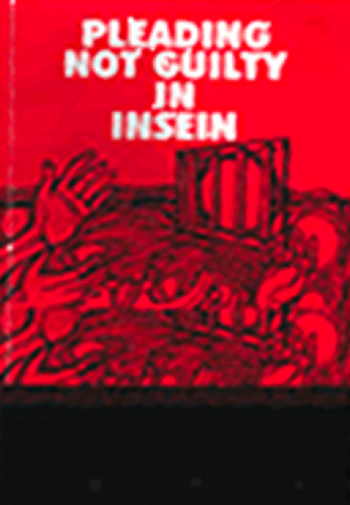 This report is about human courage and dignity. In face of the most stringent deprivation and under the harshest duress, man can stand up and show that there is still one freedom that can’t be taken away: the freedom to choose how to respond to the situation. The political prisoners of Insein could have chosen to bow to the use of force. Their spirit could have been broken by torture and solitary confinement. But instead, they have chosen to respond with calmness and nobility. Not only have they pleaded not guilty to the trumped up charges of the SLORC, they spoken out in their defense, defending their basic human rights and dignity and denouncing the unfair trail.

The report is an authentic document and in a sense a SLORC official document. It shows the perception and the standard used by the SLORC in as far as human rights are concerned. Writing, reading, drawing pictures, listening to radio programmes, communicating and other basic freedoms of expression are considered an offense liable to long years of imprisonment and hard labor.

As we read through this report, we can imagine the conditions of life in the infamous Insein prison. The image which came to my mind is one of a medieval goal. Only the instruments of torture may be different but the disregard of human life and the arbitrariness remain the same. This regime advocates law and order but there is only a farcical rule of law as SLORC governs by their own decrees and controls the courts of justice. This report confirms there is only a semblance of court proceedings, for no mater how weak the accusation, how valiant and accurate the defense, the sentence could have been written in advance. The courts of justice bow again to the higher raison d’etat which in this case is the survival of the regime.